by Kiera Abbamonte — Published in Entrepreneurship, Women & Business on March 07, 2017

When women young and old celebrate Women’s History Month by taking a look back at how far we’ve come and all the work we have left to do.

We couldn’t think of a better way to contribute than by assessing the state of women in business. Since entering the workforce, women have surged ahead — making big gains and contributions to entrepreneurship and job growth throughout the world, and here in the U.S.

Women’s Entrepreneurship By the Numbers

The latest numbers from 2016 show an estimated 11.3 million businesses in the U.S. are now owned by women. Those businesses employ nearly 9 million people and pull in more than $1.6 trillion (with a ‘T’) in revenue.

Since 2007, women-owned companies have grown by 45% — meanwhile, business growth in general has increased by only 9%. That means businesses owned by women are growing a full five times faster than the average.

They’re growing revenues, too. According to a study commissioned by American Express OPEN, "Business revenues among women-owned firms have increased by 35% since 2007, compared to 27% among all U.S. firms — thus at a rate that is 30% higher than the national average."

It’s obvious that women’s entrepreneurship is coming to the fore. Not only are women starting more businesses than ever, we’re setting our collective sights on more growth and higher revenues than last year, last quarter, and last month.

In addition to the growth of women in entrepreneurship generally, we’ve also seen a huge increase in the diversity of women starting those businesses. The number of companies owned by women of color has more than doubled in the past nine years, growing 126%. What does that look like? Today, there are almost 2.8 million more women of color-owned businesses than in 2007.

In fact, women of color are driving growth in women’s entrepreneurship overall representing 79% of new businesses owned by women. African American women, alone, currently own more businesses than all minority women combined in 1997. 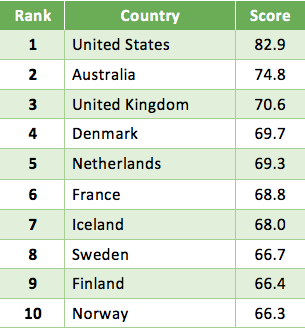 Within the U.S., American Express OPEN’s study looked at the growth of women-owned businesses’s economic clout, and the results might surprise you. North Dakota, South Dakota, and Texas were all tied for first, followed by:

The study also examined economic clout growth among metropolitan areas for the first time this year.

Despite all the progress women have made in entrepreneurship in recent years, there are still a handful of challenges stunting our true entrepreneurial potential.

Will you throw your hat into the ring?

If you’re a woman who’s considering starting a business, share your thoughts with us in the comments below. What are your dreams for a business? Your fears?

For more info on the history of women’s entrepreneurship, check out Women in Business: How Women Entrepreneurs Have Grown Through the Years over in Resources.

this story is in Entrepreneurship, Women & Business with helpful hints for your entrepreneurial journey.