by Grasshopper Team — Published in Entrepreneurship on August 18, 2010

Some of history's most successful entrepreneurs made their fortunes by pushing the envelope and testing legal boundaries. Rather than flagrantly breaking laws, these 'gray market' entrepreneurs challenge rules or norms that are less likely to be cared about by the public or the courts. In the process, consumers often benefit from the new innovations that this borderline rule-breaking produces.

Jailbroken iPhone applications are a noteworthy example. Apple has angered many iPhone users (and application developers) by refusing to let certain apps be sold in its store without explanation. But instead of meekly giving up, a growing movement of jailbroken app developers and retailers are fighting back.

The Need For Jailbreaking 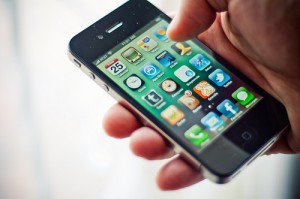 Since its 2007 release, reviewers and journalists have raved about all that the iPhone can do: its 200 unique patents (according to ABC), its touch screen, its camera and its raw processing power.

Unfortunately, die-hard tech enthusiasts soon discovered that some of the iPhone's most tantalizing features were 'locked down' and inaccessible to the user. The iPhone 3G, for instance, does not record video out of the box despite being technically capable of it. Nor was this an accident: the only way to access this and other hidden features is by 'jailbreaking' your iPhone.

What Jailbroken Apps Can Do That 'Normal' Apps Can't 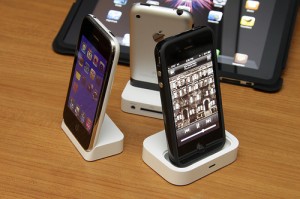 After jailbreaking, iPhone owners can (among other things):

Apple, it should be noted, does not approve of jailbreaking and has even denied support services to some iPhone owners who do so. It has also tried to spread the notion that jailbreaking is illegal, which appears to be false - thus, the gray area. Gizmodo offers a comprehensive tutorial on how to jailbreak, for those interested in learning more.

24/7 Wall Street finds that 'the great majority of iPhones sold in China are unlocked' and that 'approximately 7.5 million' iPhones are jailbroken overall.

In a video interview, Jay Freeman (founder of underground app store Cydia) told CNN that 8%-10% of all iPhones are jailbroken and that Cydia individually had done $1.5 million in sales since opening up for business. In an August 2009 article, Wired noted that Cydia was being accessed by nearly 500,000 users per day.

Kim Streich, whose 3G Unrestrictor earned $19,000 in sales after being on Cydia for only two weeks, remarked that “people are so annoyed by Apple and their shit, and if you give them opportunity to go around it, then they’ll even pay for it.' 3G Unrestrictor allows iPhone 3G users to have FaceTime conversations and use applications like Skype while using AT&T's 3G network. 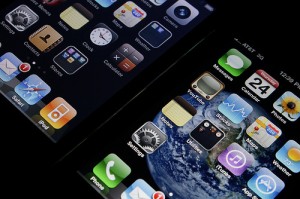 At first glance, it might seem like underground iPhone app sales would not be a very stable or long-lasting market. 24/7 Wall Street finds, for instance, that Apple claims to have lost $450 million or more due to app piracy. This suggests an unwillingness on the part of many iPhone owners to pay for the apps they use.

However, it does not appear that all or even most of this piracy is coming from jailbroken iPhone users. Later in the same article, 24/7 Wall Street notes that 'only 40% of jailbroken devices use pirated software.'

The other 60%, presumably, willingly pay websites like Cydia for jailbroken apps that make use of unlocked iPhone features like FaceTime. And while Wired concedes that 'Cydia's numbers appear small' compared with mainstream app sales, it also shows that 'you don't have to be huge to make money.' In fact, Wired writes:

'With a smaller market, fewer competitors and a reasonably large customer base, each developer has a higher chance for making a quick buck, Freeman said. Plus, you get more personal attention: Developers submitting their app through Cydia need only contact Freeman, and their app can be made available almost immediately.' 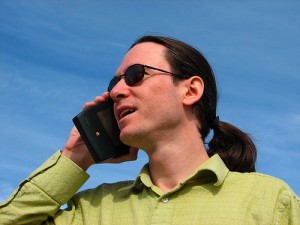 Consumers have benefited greatly from jailbreaking and the jailbroken iPhone apps being sold by gray market entrepreneurs like Jay Freeman. That's because some of the best iPhone apps are arbitrarily rejected by Apple and cannot be downloaded from the app store.

In his essay Apple's Mistake, venture capitalist Paul Graham writes that 'lot of programmers have started to see Apple as evil' because:

'They treat iPhone apps the way they treat the music they sell through iTunes. Apple is the channel; they own the user; if you want to reach users, you do it on their terms. The record labels agreed, reluctantly. But this model doesn't work for software. It doesn't work for an intermediary to own the user.'

One app developer interviewed by Graham had this to say:

'While I did enjoy developing for the iPhone, the control they place on the App Store does not give me the drive to develop applications as I would like. In fact I don't intend to make any more iPhone applications unless absolutely necessary.'

Ultimately, Graham warns, Apple's bureaucratic approach to running its app store will cause more developers to feel this way and simply avoid developing new iPhone apps altogether. Jailbreaking and jailbroken app markets like Cydia help ensure that iPhone owners can download the apps they want, regardless of what Apple has to say about it.