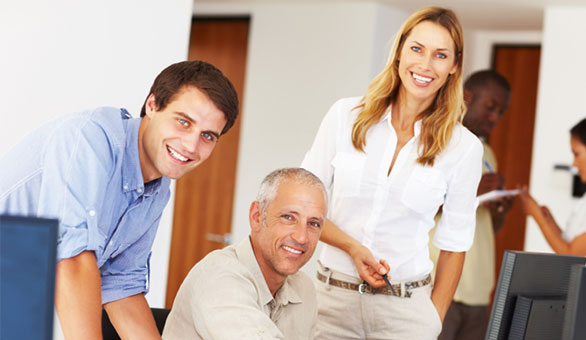 With the election just a few months away and the unemployment rate remaining unchanged last month; job creation is a hot topic right now. In fact, according to a recent Gallup poll, Americans named job creation as the top priority for the election this year.  Despite the differing opinions between parties on how best to address the major issues, one thing both seem to agree on is the need for and prioritization of job creation for America.

But the question remains, who is going to be the one to provide a solution to the shortage of jobs around the country? Is it our presidential candidates? Local politicians? Or could it be entrepreneurs?

Last week the Seed-DB, which is a database of seed accelerators and their companies, caught our eye and got us thinking even more about job creation. The Seed-DB has pulled in information, mostly from CrunchBase data, for about 119 accelerator programs world-wide and compiled it all into an easily digestible format. Take a look for yourself. You can use this data to analyze the successes and failures of accelerators, see how the accelerated companies fared and even get a feel for the economic impact of the accelerators across the board.

We found the impact of the seed accelerators most intriguing given the current economic state of the country, especially in regards to job creation. Here’s Seed-DB’s breakdown of overall impact these accelerators have had world-wide*:

For our own curiosity, we decided to take an even deeper look at these companies. We analyzed the current job openings and locations for all of the 1436 accelerated companies. Although the data wasn’t necessarily surprising, it was interesting to see how many jobs these startups have created, where they’re located and where in the country there’s still a lot of opportunity for improvement. 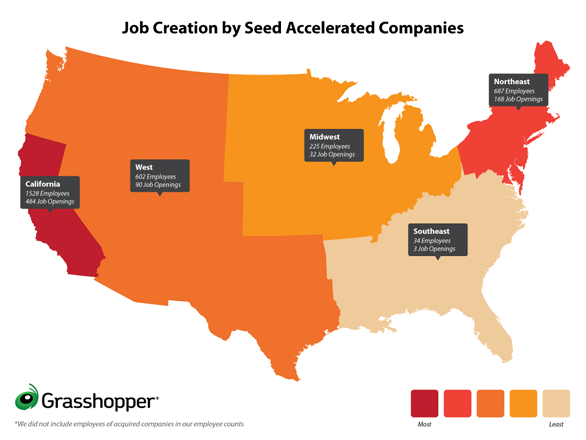 One thing that really caught our attention is that, unlike current job creation plans, these jobs haven’t really cost much to create.

Thus, the successes of these companies have resulted in the creation of even more jobs at little to no cost.

After sorting through all this data, it makes us wonder, are small business owners and entrepreneurs the solution to the jobs shortage? What do you think? At the very least, we think they could certainly play a big role in it.

What do you think? Is your company helping to create jobs for America? Tell us how and share a link to your openings!