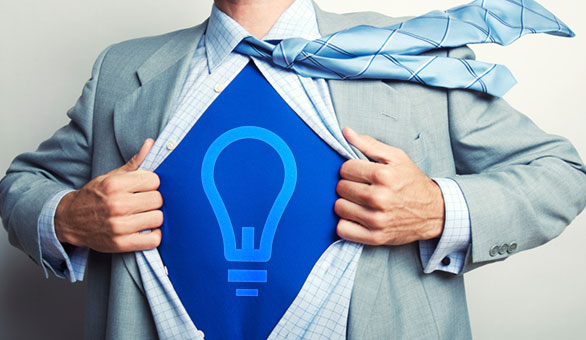 It's breathtakingly sunny outside, and yet here you are, locked away in your home office or co-working space.

When you're building a business, every moment counts, and brain breaks are a luxury. Yes, you'll have plenty of time to enjoy the sun, but that's days away after you're past the next major product release or deadline.

Sometimes it helps to take a step back to refresh and get inspired. Here are 5 great reads to remind you why your entrepreneurial journey is worth it:

It's hard to believe that one of Canada's most prominent and successful entrepreneurs once battled a severe addiction to drugs. Dan Martell is alive today because he couldn't reach his gun to shoot himself after crashing into a house while outrunning the police. He was high on PCP.

After 16 months in an adult correctional facility, Dan was placed in rehab, where he found a new sense of purpose. By age 19, he had started his first company. At age 21, he was bankrupt, and at age 27, he became a millionaire. His story is a powerful reminder in the value of being bigger than yourself.

2. My Favorite Entrepreneur Story In A Long Time

You're probably no stranger to the now world-famous (and delicious) Sriracha hot sauce. It's become a staple for spicing up foods from cuisines around the world. It's used in Vietnamese soup, Mexican tacos, and good old American meatloaf!

But where did this delicious sauce come from? It turns out, the sauce comes from a family-owned California company launched by a refugee from Vietnam.

David Tran was so grateful to the people who helped him escape Vietnam that he named his company after Sriracha, the ship that helped him leave. Tran moved to the United States and started his business in Chinatown after he realized that American culture was missing something: great hot sauce!

3. Why Productive People Get up Insanely Early

It turns out that weather might be the strongest predictor for mental health. Suicide rates are much higher in countries with less sunlight. Knowing this information, writer Paul Dejoe realized that sunlight might be the greatest influencer for increasing his daily happiness. So he gets up at 4 a.m. to focus and to watch the sun rise. Paul wants to maximize his exposure to beautiful daylight.

'What I was depriving myself from was time in the day where there was no pressure and no expectations,' he wrote. 'For the same reasons that I felt most creative on Saturday mornings and on planes, 4 a.m. has become a place of productive peace.'

4. Why Consulting Is A Job Everyone Needs To Experience

Neil Patel considers himself to be an entrepreneur, but he launched his career as a consultant. Although he hated the work, he considers the skill sets he built to be priceless, believing that everyone can benefit from some time consulting. Neil's client service work helped him hone his problem solving, leadership, and communication skills. Plus, he had the ability to work with and learn from key decision-makers.

Here's an interview with a 16-year-old magician-gone-entrepreneur. Raphaël Paulin-Daigle always knew that he wanted to solve the world's problems. He started with an entertainment venture, and now he is building Idealinput, a platform to help small business owners manage their marketing problems. As fellow entrepreneurs, we can't help but cheer him on. It's hard to believe that this leader is only in high school.

You pick #6. What have been the most inspiring stories that you've come across? Share your thoughts in the comments below.