Is it Time For You to Add A QR Code?

by Allison Canty — Published in Small Business on March 28, 2012

Originally developed in Japan, QR (Quick Response) codes have just recently started to generate some buzz and make their imprint here in the United States. Even if you don't know what they are, you've most likely seen them; they're the black and white Rorschach-looking square images seen on a growing number of products and media advertisements. 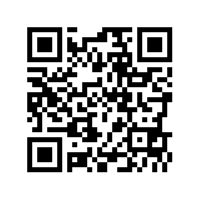 While QR codes are still a relatively new trend, QR code use grew by 1,200% during the second half of 2010 (tweet), and a 4,549% increase in QR scanning traffic was seen in the first quarter of 2011, according to a report from Mobio Identity Systems, an international marketing and mobile payments company.

With smart phone adoption surpassing 100 million owners (Comscore), it may be time for your small business to consider adding a QR code to your marketing mix.

Let’s take a look at the pros and cons:

There are tons of creative ways you can use QR codes to your advantage and although they may not be right for every business, they’re certainly something to think about! So, how are other businesses using QR codes?

Let’s take a look at some of the good, bad and interesting uses of QR codes:

As we mentioned above there are a lot of great ways to use QR codes for your small business. Why not use a try using a QR code to grab customer’s information and in exchange offer them a coupon like The Cure Starts Now Foundation? 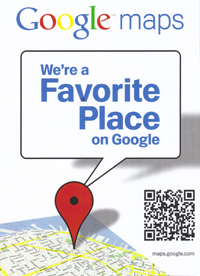 Want more reviews for your business ? Just create a QR code that links to your Google places or Yelp and make it easy for your customers.  You could put this QR code on the table at your restaurant, or on the door of your store.

Make your customers lives easier when purchasing something from you by putting a QR code right next to your product so they can easily learn more about the product like Best Buy does.  You could even put a QR code next to the product and have it link to a product demo so your customers can see the product in action.

When it comes to bad QR codes, we think Scott Stratten covers this topic much better than we could. Watch this video for some examples of how NOT to use QR codes.  (This video is pretty awesome.) 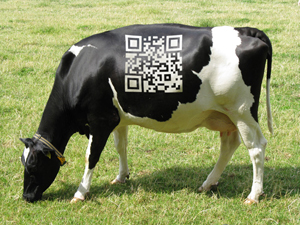 It looks like they’ve thought of everything! What about using a QR code to help farmers when their cows go to auction? Think we’re joking? T-Mobile came up with the idea to spray cows with QR codes before going to auction instead of using the expensive chips farmers currently use to identify their cows.  The QR codes can be read by any smart phone and would link to a page with all the information a buyer would need on that cow. Cool idea, right?

As you can see the possibilities are endless for QR codes.  But, before you create a QR code don’t forget to think about how people will actually use it and make sure it makes sense!

**What are some ways you’re using QR codes for your business? Have you seen any creative uses of QR codes? **