In Favor of Bringing Your Dog to Work

by Kiera Abbamonte — Published in Miscellaneous, On a Roll, Small Business on August 25, 2016

When you picture dogs roaming in and out of workspaces and lounging under desks, what do you think?

Must be some trendy startup. 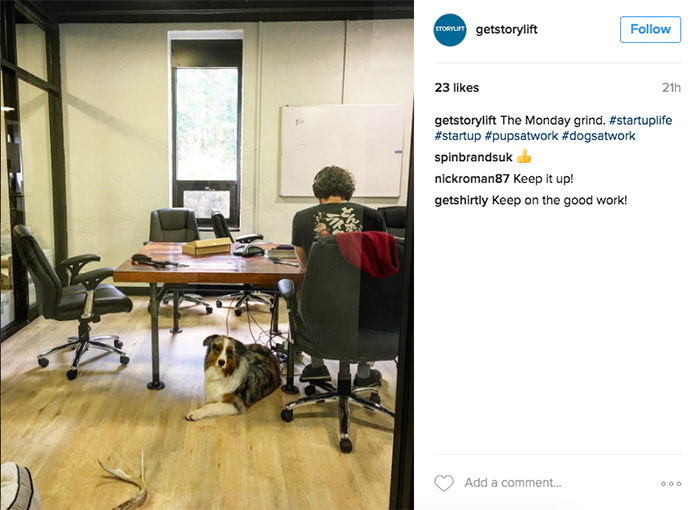 Pet-friendly office policies are becoming more and more common — and they aren’t just for startups. Allowing employees to bring their dogs to the office is a fun perk to offer, but it’s more than that, too. Having a few well-mannered pups around can actually have some surprising benefits on your team’s productivity and morale.

In honor of National Dog Day, let’s take a look at some of the perks Bring Your Dog to Work policies can lavish on their host companies.

Allowing dogs in the offices is a growing trend, but it’s still far from commonplace. Having them around immediately sets the stage for thinking outside the box simply because it’s something different. A change of scenery or daily routine can have huge benefits for innovative thinking. 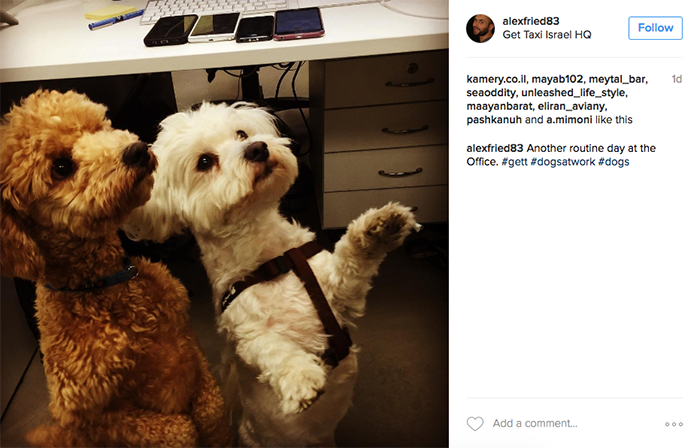 What’s more than that — research has shown that interacting with pets lowers the risk of depression and boosts serotonin levels. Bringing pets to work creates an atmosphere where employees are happier and more energized, and that’s an environment where creativity can flourish.

Hanging out with pets has also been shown to improve goodwill. Employees may act more ethically and seek out novel solutions with minimal downside for everyone involved.

Leaving a dog home alone all day comes with it’s own host of worries and logistical challenges. All dogs have to at least be let out a few times a day. When employees don’t have to rush home to do that, they can be more flexible with staying late or coming in early.

When the dog is a young puppy or an aging senior, there are even more concerns to think about. Puppies have to be let out more often and some require a lot of supervision to curb their mischief — senior dogs are more likely to have health issues.

Bringing the dog to the office means employees aren’t constantly worried about what’s going on at home. Being able to provide supervision for young dogs and companionship and care for aging pets during the day means one less thing to stress about. That makes it easier for workers to commit to and focus on work throughout the day.

Another benefit office dogs bring is lowered stress levels for just about everyone else around. A 2012 study found that employees who brought their dogs to work produced lower levels of cortisol, the stress hormone. Many studies have even shown that simply petting a dog can increase oxytocin levels, which counteract the effect of stress-inducing cortisol. 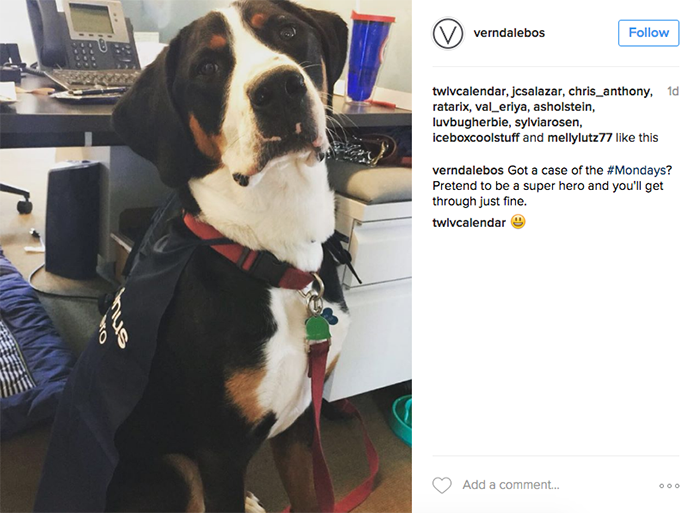 A less stressful work environment brings all kinds of added benefits including:

Take it from Jessica Markham of Markham Law Firm. She made the executive decision to allow dogs in her office:

I decided on this policy because … I saw no downside, and only upside to my employees. I think they appreciate it, and it is nice to have a calm dog in the office as I believe it even helps morale.

Even in a big, open office, people tend to communicate with only a handful of coworkers. Having a few dogs around can be a catalyst for social activity. That means new connections and relationships can be forged, and there’s more communication happening.

In fact, a study out of Central Michigan University found that having dogs in the workplace actually boosted trust levels between coworkers. That means new lines of communication open and employees are far more likely to not only collaborate, but to do so effectively.

Interactions as commonplace as stopping by someone’s desk to give their pup a treat can spur all of these added benefits, making for a more cohesive and synergistic team.

We know it’s important to take frequent mental breaks throughout the workday. We also know that exercising during the day fosters huge gains in creative thinking, productivity, and stress management. Does that make it easy to remember to get out from behind the desk? Nope. 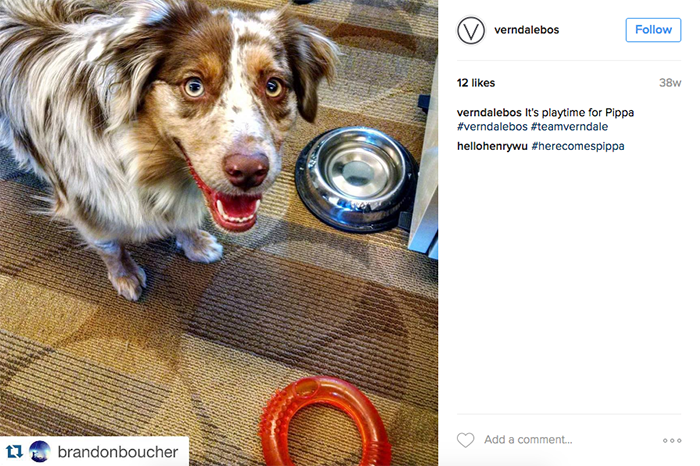 When we focus on something for too long, our brains get bored quickly and we lose that focus. That’s why brief distractions and breaks counterintuitively make it easier to stay focused. Breaks also help us retain new information we’ve learned and connect it to all of the info already in our heads.

Having pets around creates a natural reminder to get up, go outside, take a walk, or even just a 5-minute petting break (which has it’s own host of positive effects). It’s easier to make those beneficial decisions to let your brain rest for a few minutes, and you’ll reap all the focus, productivity, and creative thinking rewards.

There are all kinds of real, tangible benefits to having dogs in the workplace, but do they matter? At the end of the day, pups are just too adorable to leave at home. Whether you have fifty employees or it’s just you — when it comes to Bring Your Dog to Work policies, there’s nothing but upside.

What do you think — will you adopt pet-friendly office policy?

this story is in Miscellaneous, On a Roll, Small Business with helpful hints for your entrepreneurial journey.