by Kiera Abbamonte — Published in Miscellaneous on February 09, 2016

There’s a lot of literature out there about the benefits of keeping your desk neat and orderly. An organized workspace (real or virtual) is supposed to be good for productivity and lowering stress levels, among other advantages.

Recently, more and more people have been backing the messy desk-style, too. A disorganized environment is said to boost creativity and help with problem solving. Many revered minds, like Albert Einstein, are noted as having cluttered desks, too.

So what’s really best for work — a clean or messy workspace?

The Case for Organization

The common sentiment has often been that an organized workspace is the best option for pretty much everyone — and there’s a lot of data to back that up. After all, Newsweek estimates that the average American loses 4.6 hours every week trying to find lost or misplaced items.

In a 2011 study by OfficeMax, 90% of participants felt that clutter negatively impacted their lives. Seventy-seven percent agreed that clutter hurts their productivity. When it comes to getting organized, 28% of adults studied named feeling stressed and out-of-control as their main motivation.

That’s not all — 38% of respondents said clutter damages their professional reputation, and they’re right. Adecco surveyed a thousand adult workers, and fifty-seven percent admitted to judging coworkers based on how organized or cluttered their workspaces are.

The Case for Clutter

On the flip side, recent sentiment holds that the cluttered lifestyle has its place. In a recent study out of the University of Minnesota, participants produced 28% more creative work when their environment was cluttered. It’s thought that disorganization helps us to find new and innovative ways to get things done. New paths are formed to wade through clutter.

In fact, a disorganized environment can actually help us to think more clearly. Experiencing messiness creates a desire for simplicity, and simple solutions and ideas naturally arise. We even learn more effectively in messy environments — a study found that children between 24-30 months old were able to learn language much more quickly by making a mess.

Not to mention the countless great minds who sit (pun intended) firmly on the messy desk side. For starters, there’s Albert Einstein: 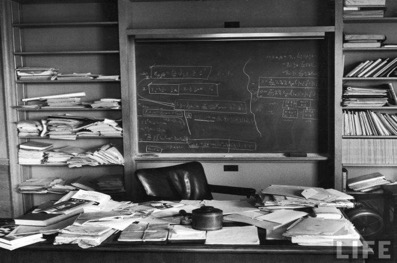 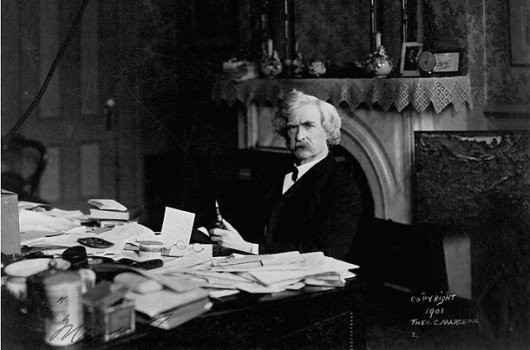 Even Tony Hsieh, the CEO of Zappos: 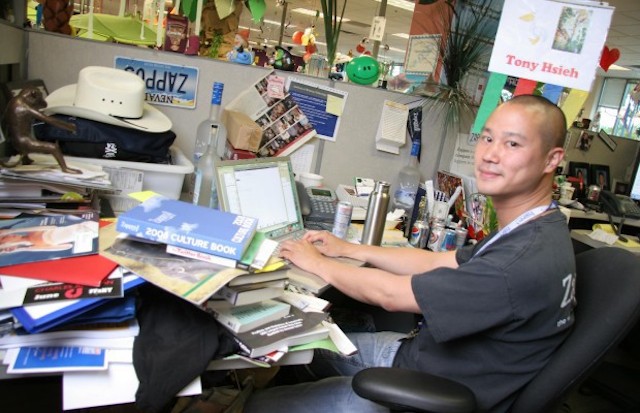 So Which Is It?

At the end of the day, which style will boost your work performance is highly dependent on you, your goals, and your natural tendencies. According to a 2010 study, workers who were given freedom to arrange their small offices were 32% more productive than those not given control over their environment.

Keep your workspace as cluttered or organized as you feel comfortable with, and don’t stress if your style is different from your coworkers.

What works for you — messy or organized?

this story is in Miscellaneous with helpful hints for your entrepreneurial journey.