by Allison Canty — Published in Entrepreneurship on December 29, 2011 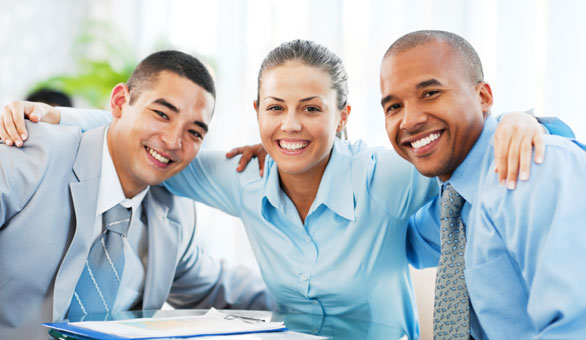 When was the last time your meeting with a fellow entrepreneur or investor ended with them spiritedly walking away while singing the popular refrain “Mixing business and pleasure shall be your greatest treasure”?

That’s right, never. Besides the fact that entrepreneurs and investors rarely moonlight as bards, the question of whether good friends make good business partners is a wide and dubious grey area.

Some people say you can’t go wrong starting a business with a friend. Others think you must’ve gone off the deep end to risk your friendship in such a way.

Just as with Apple vs. Android, it really depends on who you are and what you’re doing.

Here are some things to think about before making the decision to become a lot more than just friends.

Do I need a cofounder? 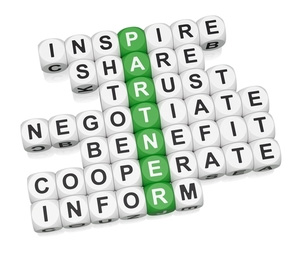 Before you pick which one of your lucky pals will be your partner, you should think about whether you need one at all.

The WSJ’s How-To for starting up with a partner recommends co-founding only if you find someone who will be critical to your company’s success. If that new person could add vital financial resources, connections, or skills that you don’t have, it might pay off to partner up.

Whether you’re friends or not, formalizing the relationship between you and your potential co-founder is key. While this could definitely be an awkward moment, Tolis Dimopoulos, who provides legal and business counseling to entrepreneurs and angel investors in various tech industries, suggests before officially launching a product but after having built a viable prototype as the right moment to discuss how to structure a formal agreement.

The specific details of your agreement is a slightly trickier matter. Every company and partnership is different, and only an attorney is qualified to give specifically tailored advice. However, Stewart Townsend writes on Oracle’s Startups and Communities blog that almost every agreement should touch upon the basic issues of financing, equity, salaries, as well as disbursements, withdrawals, and dividends. 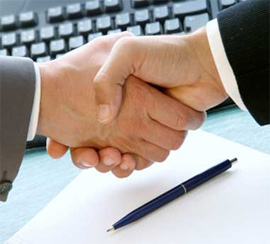 If you and a friend are indeed gung ho about starting something together, take a moment to think about your friend’s individual business specifics instead of just how awesome you think he or she is on the whole.

Real estate investors and best friend founding duo Mike and Rob say to size up your friend’s business personality rather than just use his or her cool factor. Consider whether they have enough business savvy, knowledge or interest in the industry, and an understanding of business ethics that matches your own.

You also want to make sure that you and your co-founder have the same ideals (and fantasy) about where you want to take the company. If one of you wants to become huge while the other wants stay in a smaller market, you might have a problem. Likewise you should be wary if your friend and co-founder starts jumping up and down (metaphorically, and literally) at the mention of selling the company if you are adamant about staying in control and in business.

The case for friends as cofounders

While all this forewarning and foreboding might make it seem like picking your friend as a co-founder only spells imminent doom, that's not necessarily the case. Jun Loayza, an entrepreneur and member of the online business social network Brazen Careerist, loves doing business with friends. 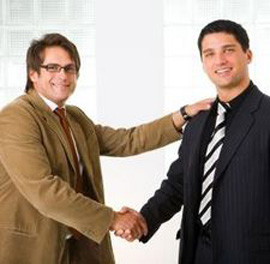 Loayza sees it as being all about choosing the right friends and making sure that they’re filling the right roles. Your friends have known you for a long time, so they’ve already made up their minds about you. Make sure you pick a friend who respects you and trusts your judgment, but also feels comfortable enough to speak up and offer constructive feedback.

While the roles of your friendship might fall naturally into place, in a business it’s crucial that people do what they’re good at and not necessarily what they want. If your best friend and co-founder’s amateur passion for web design turns into the proverbial 2nd grader’s work of modern art, you need to step in early and suggest that they focus on using their already developed management skills instead.

While not every company can become as big as Apple, any two co-founders can be as close as Steve Jobs and Steve Wozniak back in the 1970s. After Jobs’ recent death, San Jose Mercury News columnist Mike Cassidy labeled Wozniak and Jobs as “Silicon Valley’s version of the tried-and-true Hollywood buddy movie.”

Although Wozniak admits that in the past few years the two were no longer close friends, he still thought that if Jobs knew he had 'a very short time that was defined, he would call me.'

Picking the wrong co-founder can set you up for failure before you even start, so be sure to think long and hard about who you pick and why you’re picking them.

What are your thoughts on picking friends as co-founders? Did we miss any red flags? Share your experiences in the comments below.