by Allison Canty — Published in Entrepreneurship on February 17, 2012 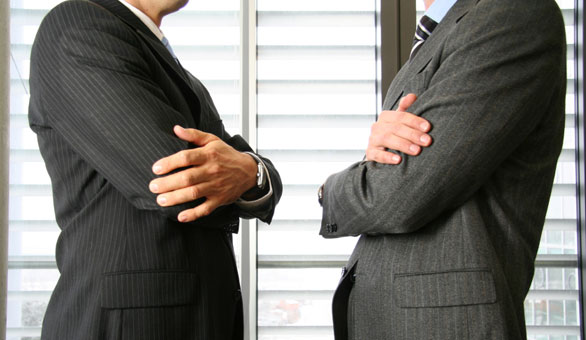 Some say that you can't learn how to build a successful company, you're either born with the right stuff or you're not.

But if that's the case, then why are so many successful business people pouring their own money into funding entrepreneurial programs in colleges and universities?

The entrepreneurial nature vs. nurture debate goes far back, but with entrepreneurship on the rise, perhaps it's time to take another look.

Such comparisons can potentially tell how much of entrepreneurial behavior is genetic and how much is environmental or learned. Using complex quantitative genetic modeling to compare behavior, Shane has found that the tendency for entrepreneurship is about 40% genetic. While this finding only represents one study, it does lend support to what many people feel is the truth: real entrepreneurs are just born with something different.

Other studies take the more refined and plausible theory that there are certain identifiable skills that can make anyone a successful entrepreneur.

These skills, such as risk taking and the ability to see promising new opportunities, are usually thought of as innate, but that doesn't mean they cannot be learned. Just as there isn’t one definition of success, neither is there one type of entrepreneur.

For the same reason, some skills are much more useful for certain opportunities than others. So it’s more meaningful to measure success in terms of making the right match between opportunity and personality type, and then focus on building the necessary skill set. This is the reasoning behind teaching entrepreneurship and focusing on self-discovery and how to match opportunities to personal qualities.

Randy Komisar, a venture capitalist in Silicon Valley, sees the benefit in entrepreneurship education and the possibility of teaching entrepreneurial skills. He himself teaches at Stanford and notices that his classes give students basic conceptual tools and a greater sense of confidence to take risks and challenge the status quo. However, the role of education isn't the last word in the debate either.

A  report by Ernst and Young has found that out of nearly 700 business owners, most of them became entrepreneurs after a significant stint in the corporate world. When asked about their most important source of learning, the most frequent answer was experience as an employee (33%), followed by higher education (30%).

This goes to show that not every entrepreneur is a college dropout, and that higher education is in fact a good investment in one's future. Since startups are responsible for more than a third of all new jobs in the United States, colleges and universities should put more emphasis on properly preparing students for choosing to become entrepreneurs.

The payoffs to such education reforms might be a lot larger than expected.

One of the more interesting points that came out of the Ernst and Young report is that entrepreneurship is actually addictive. Of the surveyed business owners, 60% said they had started three or more companies, 20% had started six or more, and 10% said they had founded more than 10 companies in their careers up until now.

Considering how important startups are for job creation, this should be good news for all those who are pushing for greater access to entrepreneurial opportunities and education.

What’s your take on this? Nature? Nurture? Education? Tell us below in the comments!

This article was written by Allison Canty.