Power Naps: The Secret Weapon Your Business Might Be Missing

The pros & cons of nap time in the workplace

Happy National Napping Day! It's amazing how springing forward one hour can throw off your entire vibe for the day. So if you're feeling sluggish, don't worry – the rest of the U.S. is with you.

Which is actually why this day was founded.

In 1999, Boston University professor William Anthony, Ph. D. and his wife Camille started National Napping Day because the day after Daylight Savings begins is tough. But today isn't the only time you feel sluggish at work. In fact, the U.S. Centers for Disease Control and Prevention reported that more than a third of U.S. adults aren't getting enough sleep: 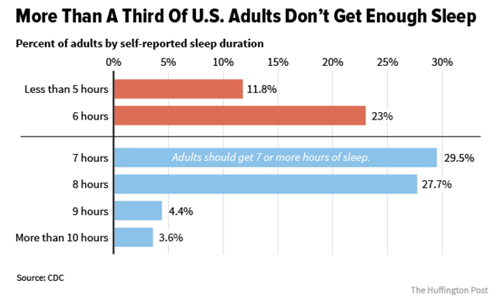 So how are employers fighting back against “the unrested”? By re-introducing you to your favorite pre-school past time: the nap.

According to Inc.com, roughly 6% of employers have nap rooms onsite. In fact, HuffPost founder Arianna Huffington predicts that nap rooms will be as common as conference rooms by 2018. But providing employees a spot to catch a few Zs isn’t just considerate, it can actually boost business performance. A National Sleep Foundation study estimated that U.S. employees who don’t get sufficient sleep cost $63 billion annually due to lost productivity and sick days.

TIME reported that a 2012 CDC National Health Survey found that on average, workers in the following occupations get the least amount of sleep:

See your industry on there? Read on to weigh the pros and cons of a 20-30 minute power nap at work.

Potential hires will see nap rooms as a perk that can aid in your recruiting process. In addition, nap rooms can also encourage existing employees to be even more dedicated to their job.

In fact, Betterment (an online investment company who provides nap rooms in the office) noticed that most employees who took advantage of the rooms were returning from red eye flights. The nap room in the office encourages employees to head straight to the office, rest, and then pick up where they left off without missing a beat.

Well-rested employees perform and behave better. In fact, results from a University of Michigan study show that not sleeping through the night can affect employees’ attention and ability to control negative emotional responses.

Think about how much better your sales team might perform with a power nap in between client phone calls. You can almost see the dollars coming through the pipeline.

Longer naps that allow you to enter REM sleep boost your ability to solve problems – creatively. Dr. Sara Mednick, assistant professor in the Department of Psychology at the University of California, performed a study that found that REM directly enhances creative processing more than any other sleep or wake state. 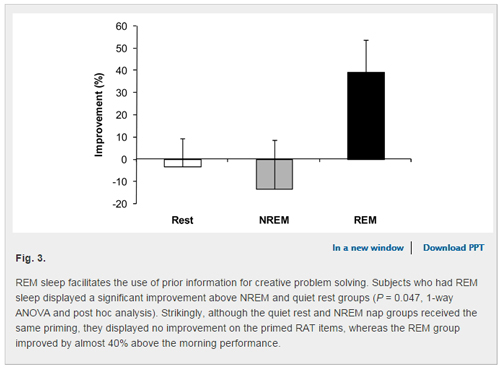 NASA and the Federal Aviation Administration found that a 20-minute nap can improve psychomotor performance, mood, and even improve alertness by 54%.

Employees might dream of having nap time at the office, but it can also be every employer's nightmare. Employers often worry about employees taking advantage of nap time and not being able to monitor if work is actually getting done.

Below, we address a few nap time concerns:

Like your pre-school days, there’s a right and wrong time to nap. According to the Mayo Clinic, the best time to nap is between 2 p.m. and 3 p.m.; napping any later could interfere with a person's regular REM sleep.

With this in mind, it's easy to decide whether an employee is snoozing or slacking – especially if you catch them in the nap room at 4 p.m.

If employees taking advantage of nap time is a concern, there’s an easy way to monitor effectiveness. For example, depending on how you decide to set up your “nap zone”, try to place a sign-in sheet for employees to use. This way, if an employee's performance starts to slip and goals aren’t being met, you can go back and review whether they were using nap time effectively or not.

"My office isn’t designed for nap pods or rooms"

So you're willing to provide employees a chance to get some rest during the day – but you’re still not sure where to set it up. Purchasing nap pods can be expensive, as they often range from $200 - $1,000. But they aren't your only option!

Simply consider blocking off a regular conference room at certain times. Just be sure to set “the mood”:

If you do have the flexibility to be creative, below are a few real-life examples: 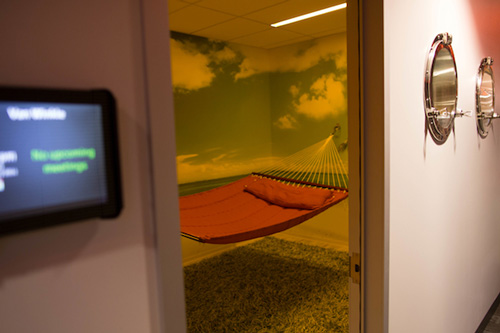 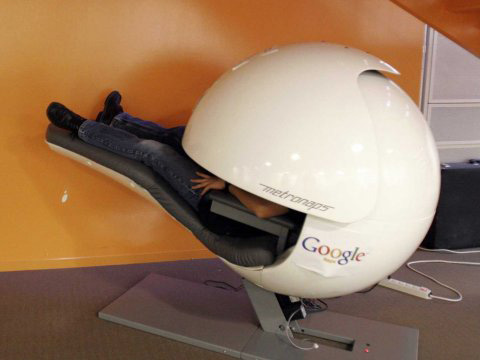 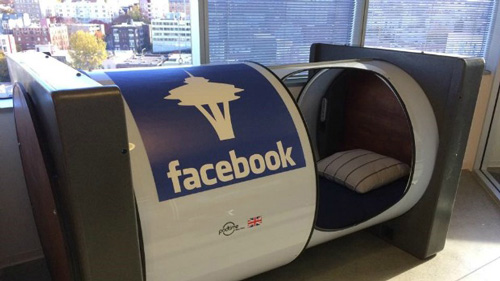 Want to learn what other benefits retain and recruit new employees? Check out Grasshopper Academy.