How Women Entrepreneurs Have Grown Through the Years

Before there was Oprah, Ariana Huffington, and Sheryl Sandberg, there was Sarah Breedlove. Sarah – better known as Madam C.J. Walker – was the first woman entrepreneur in history. This Women’s History Month, we’re going to take a look back at her accomplishments and other women who have shaped the business world for women today.

What Madam C.J. Walker Taught Us About Entrepreneurship

Lesson 1: Gain knowledge and experience first. Then make it your own – but better.

Walker’s story to becoming the first self-made millionaire in the U.S. is a prime lesson on the steps you need to take to become a successful entrepreneur. In 1904, Walker had been selling hair products for Annie Turnbo Malone, an African American hair-care entrepreneur herself. Walker used every minute of her time with Malone to eventually develop her own product line.

Lesson 2: Build a team you can trust to make the dream work.

By 1906, Walker was married to Charles Walker, who eventually became her business partner and helped her market her brand. The dynamic duo would travel all over the Southern and Eastern United States, while Walker’s daughter stayed in Denver, Colorado to help with the mail orders.

Lesson 3: Wait for signs it’s time to grow your staff and relocate your business.

By 1910, Walker was on her way to success and moved her business to Indianapolis, Indiana, where she settled the headquarters for the Madame C.J. Walker Manufacturing Company. Her headquarters included a house, factory, laboratory, and later a beauty school so she could train her sales agents. With business taking off, Walker was able to hire both management and sales teams.

Lesson 4: Make your business mission more than just about the product.

After 1911, Walker’s business soared and her brand become more than just a beauty product, but instead an overall movement for empowering other women – particularly, other women entrepreneurs.

Walker’s success is largely due to her ability to recognize a problem, gain the knowledge and experience to solve it, and put together a dream team. But what made her success skyrocket in such a short amount of time were her sales skills.

Walker was known for going door-to-door to sell her beauty products and actually showing women how to use it. Her networking built her a community of supporters all over the United States. In addition, when she had the revenue to broadcast her brand even more, she advertised in newspapers and magazines.

To put that in perspective, here are a few more stats from the report:

According to Inc.com, 18% of all startups today have at least one female founder. A few of the richest female entrepreneurs in the U.S. today, include:

Women are starting businesses in every industry, with the health care and social assistance industries seeing the most women-owned businesses. The American Express OPEN report also shows women in the following industries: 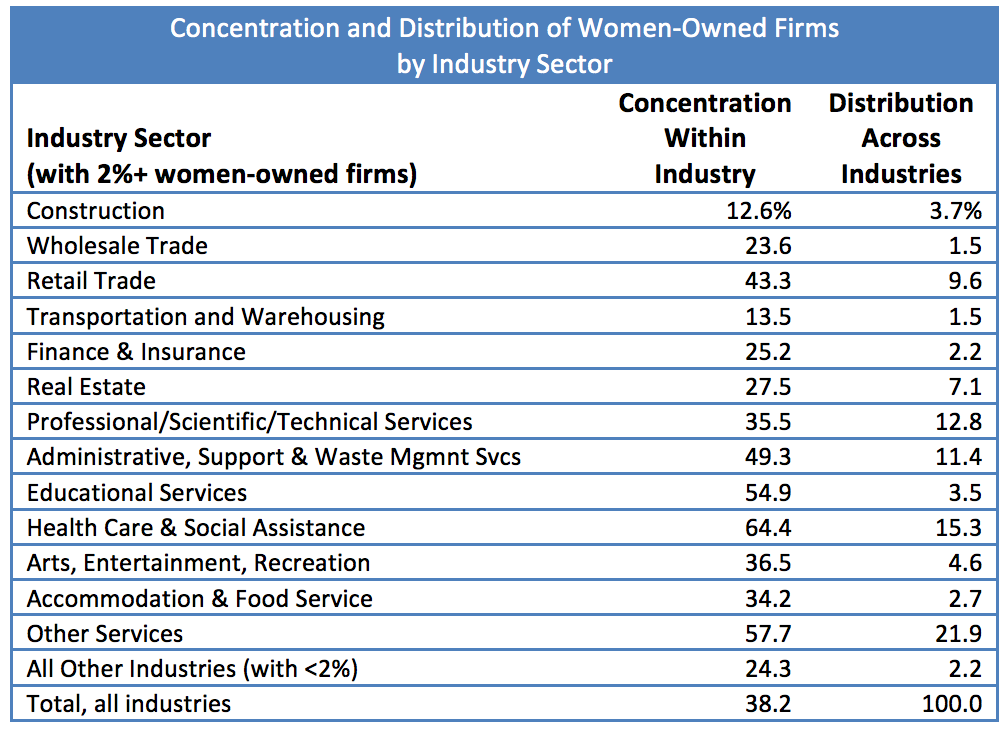 Where the Ladies At?

On a global level, the top three countries for female entrepreneurship include the United States, Australia and Canada. Within the U.S., states that have seen the fastest growth of companies founded by women include:

According to Business News Daily, the top five best places for women-owned businesses include:

So how does one become the next Madam C.J. Walker? Well, by keeping the following do’s and don’ts in mind: