Is Paying for Social Media Exposure Really Worth it?

When Twitter sends you an email promising thousands of new engagements, it's pretty tempting to fork over some cash.

For just a few bucks you can get your stuff in front of a new audience, and you're sure to get a host of new email sign ups, friends, customers, and followers.

But is paid social media promotion really worth it? 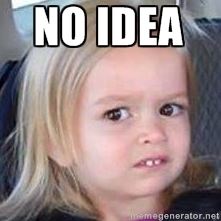 When we released JUMP: The Ultimate Guide to Starting and Growing a Business, we decided to test out paid promotions on Twitter, Facebook, and LinkedIn to see how they'd work.

We weren't looking to generate leads or get people to sign up for something-- we just wanted to share a helpful guide about building a business and get it in front of as many eyes as possible.

If you're thinking of running a paid social promotion, go for it! Just make sure you're clear from the get-go about your goals (even if your goals are just to test things out).

So, here's what we learned from testing paid social promotions. Our lessons can help you:

Overall, we were happy with the results of our paid social media promotion, but we suspect it's because our motives were relatively altruistic.

We promoted a resource meant to help people to succeed with no gimmicks -- we didn't require an email address, information, or anything else. Our goals were to attract a new audience, increase our social media following, get some email sign ups, and genuinely help the entrepreneurs we serve. Because of this, our click-through rates (CTRs) were very high. Thousands of people came and read our guide because of our promotion.

If we'd had a salesy message about virtual phone systems, we probably wouldn't see as much success (we actually tried a Twitter campaign with these types of messages a few years ago-- it didn't do as well).

WHAT we promoted can not be left out of the discussion when considering whether or not our paid social media promotion is worthwhile.

Before we launched, we assumed Facebook would be our least successful channel. After all, when I’m on Facebook I comment on baby photos and random memes.

Plus, brands are losing faith in Facebook’s reach. EAT24 recently published a blog post about how they broke up with Facebook because of the network’s tricky algorithms.

So, could a business guide stand a chance?

We crossed our fingers! (Well, we planned things out too, but finger crossing never hurts).

To optimize for Facebook’s audience, we chose broad messaging:

(Grasshopper serves over 100,000 entrepreneurs, so that’s where the number comes from).

We also spent less money on Facebook than the other channels, thinking that Facebook isn’t where our business owning audience wanted to see a resource like ours.

….SURPRISE! Facebook was actually one of our most successful channels.

As you can see, our post got 949 likes, 23 comments, and (most impressively) 180 shares. That’s a lot of people who saw Grasshopper and engaged with our brand.

Have you ever heard of the mom test?

That’s when you test something out by showing it to your mom. If Mom is offended, annoyed, or “doesn’t get it,” you’ve failed. If she’s excited and thinks it’s cool, you’re on to something.

When I showed our guide to my mom, she said “Isn’t that the sweetest, most inspirational cartoon in the whole world?!” 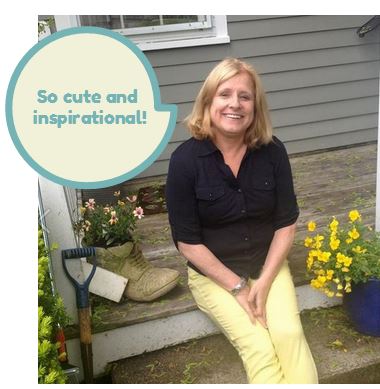 My mom getting excited about our guide.

It wasn’t lost on me that my mom was attached to our fun and friendly custom images. Twitter responded just like my mom.

Our Twitter campaign included ten separate tweets promoting our guide. When we set it up, half of those had images, and half were just text. After a week, we noticed that the tweets with images were performing more than 5x as well as those without.

Every tweet that contained an image performed better than its textual counterpart, so in the second week of the campaign, we only promoted the tweets with images.

What you can take away:

When we sat down and checked out our stats for Twitter, I was so impressed that I was ready to order chicken nuggets to celebrate, but then I realized: Twitter charges for everything.

My initial chicken-inducing delight sprouted from the belief that 15,184 people had clicked through and visited JUMP through one tweet. I realized (quickly) that the 15,184 clicks account for every time someone interacts with the tweet-- that means clicking it to look at it closer, clicking a hashtag, opening the picture, visiting our site, favoriting...you get the idea.

It’s kind of a cheap tactic on Twitter’s part. It almost tricked me into thinking our tweet performed better than it actually did, but don’t be fooled. Make sure you look at the other numbers, too.

We were happy with how our tweets performed, particularly this one: 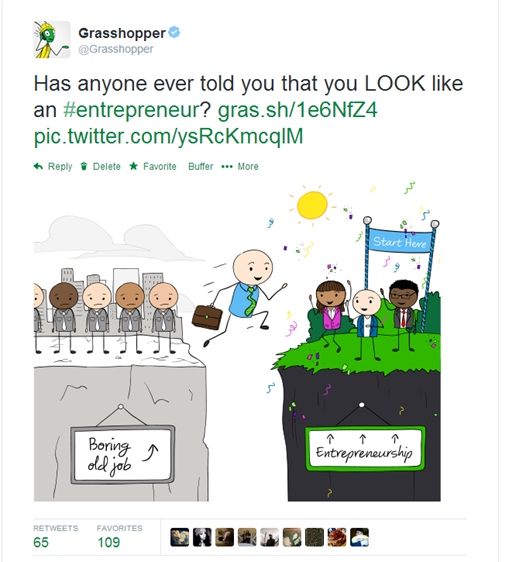 Even though our promoted tweets performed well, the engagement was quick, snappy, and over soon. The quality was also...questionable. A lot of the people who re-tweeted and followed us weren’t from our target market (some even looked like spam accounts).

Of course, spreading the word is always good, but the quality of engagement on Facebook and LinkedIn was higher.

LinkedIn is Expensive, But Worth It

LinkedIn is pricier than Facebook and Twitter, but with good reason -- it provides hyper-targeting, allowing you to reach exactly who you want.

Our average cost-per-click (CPC) was $5.92 (yikes!), but we were able to target owners and directors of small companies in certain industries. These were the people we really wanted to reach! 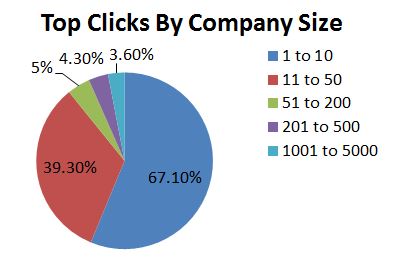 Also, because our content was for business owners, it made sense to tackle LinkedIn. It's the right audience for what we were promoting.

What you can take away:

If you run any kind of campaign, make sure it's optimized for mobile.

Seriously. **MAKE SURE PEOPLE CAN READ WHATEVER YOU PROMOTE ON THEIR SMARTPHONES. **

For our Facebook campaign, 77% of people were reached via mobile. 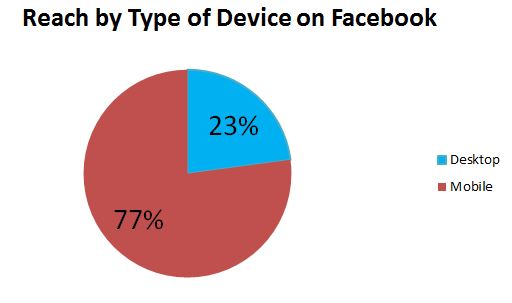 Thankfully, we prepared for this, and JUMP worked across all devices. But imagine if it didn't?

We would've thrown countless dollars at a campaign that people couldn't see.

Pro-tip: If you're not sure whether or not you're website or promoted content is visible on mobile, then you can prevent mobile users from seeing it.

Our Own Outreach Brought in Better Sharing Results than Paid Promotion

Paying money for exposure isn't a golden ticket to success. A paid promotion needs to work alongside other, more organic strategies.

We promoted JUMP in a variety of ways (more than I can count on my fingers), but reaching out to friends, professional acquaintances, former colleagues, and anyone else we knew who might have feedback or insight produced higher quality results than our paid promotions.

Instead of begging people to share, I emailed a bunch of people I respect and asked for their feedback and advice.

If you go with this strategy, make sure to send personalized emails! No one wants to give feedback if they feel like they're getting spammed.

Here's an example of an email I sent:

I’m actually writing for your feedback. We just released a really comprehensive guide I thought you might like.

It's all about starting and growing a business. No strings attached, no 'enter your email' to read it. Just a straight up resource.

Anyway, I'm curious about what you think of the content and of the guide as a whole, especially as it relates to helping our customers.

If you like it (but only if you do), it'd be great if you could share it on some of your social networks.

And if you ever need a favor from me, I'm happy to help in return.

This not only got JUMP in front of more eyes (many of these people shared the resource), but also helped me understand what worked and what didn't.

By asking, 'hey, is this any good? why? why not?' I was able to understand where we'd hit a home run and where'd we'd struck out.

Ultimately, we were satisfied with our social promotion. For a reasonable amount of money, we were able to get JUMP in front of a new audience, showing off the Grasshopper brand. In the process, we gained hundreds of new Twitter followers and Facebook fans.

However, we recommend that small businesses proceed carefully. When you're using social media promotion, make sure to test. Make sure your goals are outlined before going in.

And remember, building an audience organically is ultimately cheaper and produces better results than a paid promotion. Sure, increasing your exposure is great, but building a community through organic tactics will bring the results you desire.

Your Turn: Have you paid to promote your stuff on social media? What were the results? Do you think it's worth it?

this story is in On a Roll with info about Social Media, Marketing Campaigns & PR Stunts