How to Make Money From an Idea Without Starting a Business 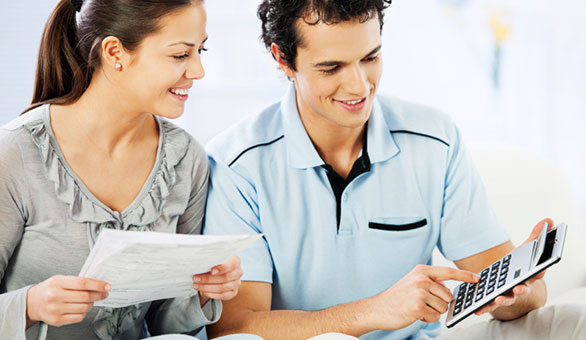 You hear all the time that starting a business is one of the hardest things you can do, so why do it? _Yeah, yeah--_you get complete control, you build a brand, and you live your dreams—but you also get a host of sleepless nights and a ton of stress.

So don’t do it. Don’t start a business. (We can't believe we just said that!)

Starting a business just isn't for everyone. We’re here to tell you that you can make money from an idea **without **starting a company. Here’s how:

1. Find a Business That Is Already Living Your Idea

As much as you like to think you’re the first one who’s ever thought of your idea, chances are, someone else is already trying to bring it to life. So why not find a business that’s already making money (or trying to) off of a similar idea?

There are a lot of perks to joining an established group. It’s like joining a soccer team in a new city. You meet lots of people who share your interests while doing what you love. Not great with finances but excellent at writing? Awesome at writing code but clueless about marketing? This option could be good for you. You’ll give up some of that scary responsibility and contribute your skills.

2. Sell Your Services on Freelancing Sites

A lot of writers, designers, developers, and consultants get tempted to start their own businesses when they’re unhappy with full-time positions in cubicles. Totally understandable, but starting a brand new company isn't the only way.

Before you get ready to launch your own company, do some freelancing first. You might find it’s just as lucrative as starting a business (it might be more lucrative). Freelancing will give you a taste for what it would be like to go off on your own. Plus, you won't have so much stress.

Sites like Behance, Coworks, Elance, WriterAccess, and PeoplePerHour all offer opportunities for freelancers looking to get their feet wet.

You’ve got a great idea, you work on it a little, and then you sell the rights to someone else. Some creators don't even ask for cash-- they just give their ideas to trusted business-people with a “take it and run” attitude, knowing they aren’t cut out for creating a business.

These are good options if you love your full-time job and want to stick around.

Make sure to protect your idea with a patent though. Make a prototype to show off just how great your idea is. Show investors that you’ve already got a bunch of customers.

“It helps to bolster the case—and potentially increase the sale price—by preparing a prototype or presenting evidence that shows consumer demand,” writes Neil Parmar in The Wall Street Journal. “Survey data helps, though letters of intent from potential consumers are significantly better.”

If selling your idea is a bit too much for you, than just license it. “That means licensing the idea instead of selling it outright,” says Parmar. “Usually, the inventor will get a smaller initial payment than a straight-up sale and then 5% to 15% from each product sold.”

4. Make It a Side Project

Don’t quit your full-time job just yet. See how much you can handle if you let your idea be a side project. Think of your idea as a hobby—when you have a few minutes, you can tinker with the website or work on your prototype.

A lot of our customers have adopted this model. They work as dentists, lawyers, and teachers, then develop and grow a project on the side, all the while maintaining their full-time jobs!

A great idea doesn't have to turn in to the next Facebook or Apple. As long as you're reaping benefits from something on the side, it's worth it.

Ever hear that if you don't do it now, you'll never do it? That might be true for some, but those aren't words to live by. Depending on your circumstances, waiting might be the best choice for you. Maybe you want more experience, need to make some more connections, or simply aren't sure that starting a company is for you.

Despite what everyone says about grabbing the bull by the horns and going after success today, it's perfectly fine to wait until you're ready. You won't be making extra money off of your idea, but you won't be losing money, either. Just remember-- there will never be a perfect time to start a business. Ever.

Think attending a focus group is a ridiculous idea? Well, psychologists and researchers will pay to hear your ideas, even if they don't wind up getting used in business. If you've got a lot to say and want an audience, consider finding focus groups in your city. You can find opportunities on sites like FindFocusGroups.com.

A focus group won't allow you to use that one great idea for generating revenue (unless you hold your own), but it will provide an outlet for conversation about certain topics. If you've got a ton of opinions about the world and just want to share, a focus group might satiate your desires.

Make Money Off Your Ideas

Starting a business isn't for everyone, but there are ways to make money off of ideas. Anyone out there make some cash off of an idea without starting a company? Please share!