Wallets Then & Now: A Decade of Costs Explored 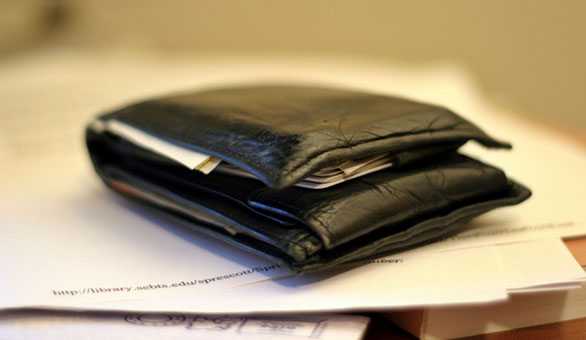 This post is part of our 10th birthday celebration. Stay tuned every month for fun posts, like this one, contests and more!

Ten years ago, your financial situation may have looked radically different than it does today. Maybe you were working a 9 to 5 at a big corporation daydreaming about the small business you would start in the future. Maybe you were just entering the workforce and exploring how to set-up your first 401(k) plan. Or, maybe you were still in high school, earning and spending money from babysitting or mowing the neighbor's grass. No matter where you are or where you've been, your money has probably gone through a whirlwind of change – right under your nose, too.

For most of us, life seems much more expensive now. But is it? Check out how the costs of these ten things have changed in the past ten years.

Back in 2003, CNN Money reported that gas prices had reached a record high – $1.72 per gallon. The U.S. Energy Information Administration forecast for this year? $3.56 per gallon. Ouch.

Today, it costs 46 cents per ounce, to send a letter via First-Class mail in the United States. That's nine cents higher than in 2003, when the cost was 37 cents.

According to the College Board, the average tuition, room, board, and fees for college students was $31,633 for one year at a private, non-profit, four-year institution. That was for the 2002-2003 academic year. The 2012-2013 academic year is about $8,000 higher at more than $39,000 for one year of school. And in case you were wondering, the number does account for inflation.

If you think that your electricity bills are rising, it's not in your head. Because of the rising costs of infrastructure upgrades, electricity retail prices are actually getting more expensive. In March 2003, average residential electricity prices were $8.35 per kilowatt-hour. In March 2013, that number was $11.72.

In 2003, your Apple's 10 GB iPod cost $299. It was an amazing piece of technology and surely the envy of your friends back then. For that price today, you could get a 32 GB iPod touch.

Thought kids were pricey back in 2003? Take a look at those same numbers now. According to the United States Department of Agriculture (USDA), raising a child from birth to the age of 18 cost middle-income families (those earning between $40,700 and $68,400) approximately $178,590. According to the USDA's most recent report, middle-income parents today can expect to spend around $300,000. The cost for higher-income families has also grown rapidly, rising from $261,270 in 2003 to nearly $500,000 today. Yikes!

When you went to McDonalds back at the beginning of 2003, you would have probably paid about $2.40 for a Big Mac sandwich. Today, that same hamburger costs $4.19 – an aggressive 75% increase.

Did any of these numbers surprise you? What other costs would you have liked to see compared? Share your thoughts in the comments section below!