by Grasshopper Team — Published in Marketing & Brands on July 19, 2011

Every company wants to launch a product or advertise a service with an innovative and creative way to captivate an audience.  However, some marketing campaigns do not captivate the audience’s attention the way the company had in mind.

What makes a bad marketing campaign? Well, a lot of things. Poor preparation, missing an important detail, or completely offend a certain segment of the audience. There are a ton of things that can go wrong. Sometimes the worst marketing campaigns are simply ones that don't feel true to the company. We've gathered together the most memorable marketing flops, follies and faux pas! 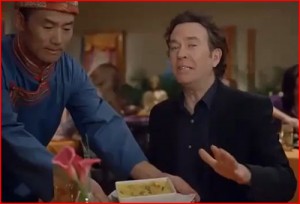 **Result: **'Their very culture is in jeopardy, but they still whip up an amazing fish curry!' This pseudo service announcement/advertisement threw some people off while throwing others in hysterics over Goupon’s brazen attitude toward Tibetan culture. Unfortunately, the Groupon service being promoted took a back seat to post-Superbowl back-lash this advertisement created. 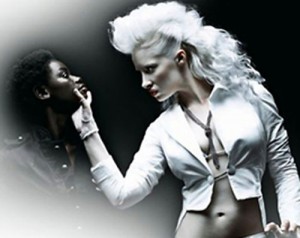 **Result: **The setting is an advertising meeting room in the Sony offices of Holland. Someone has the idea of a white PSP versus a black PSP. Something about this advertising brainstorm session just screams public relations nightmare. 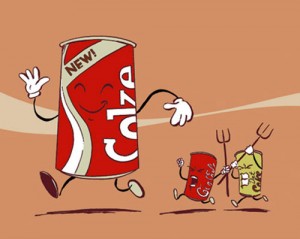 **Result: **The only type of change Coke drinkers like is the kind in their pockets. This was proven when even the Jello man himself couldn't convince old school consumers to drink the statistically tastier New Coke. Customers, like a bad episode of hoarders, were simply not ready to part with their old coke can or their old coke taste.

4. The Yesterday And Today Album

Goal: Release an album with a creative cover showing our artistic genius 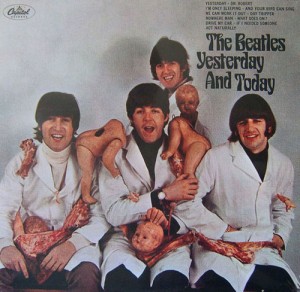 **Result: **Yesterday, all my troubles seemed so far away...then I made an album cover with raw meat and naked doll babies. For the album “Yesterday and Today” The Beatles decided to break away from their bowl haircuts and try something creative.  The cover took them on a magical mystery tour of disgust from fans and critics. The Butcher cover was quickly replaced and three years later, “Here Comes the Sun” was released having absolutely nothing to do with this incident.

Company: Jack in the Box 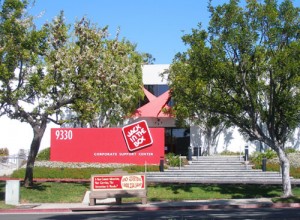 **Result: **For some, Jack-in-the-box triggers emotions of fear and terror while awaiting a tiny goblin/elf to explode up through a tiny box. For others, it triggers emotions of delicious hamburgers and fun.  Grown-ups didn't care for the new grown-up name of the fast food chain 'Monterey Jack's' so execs decided to switch it back to good ol' Jack in the Box, triggering happy emotions for all...except the guy who ordered 20,000 Monetary Jack business cards.

Goal: Use slang to target a young and in-tune culture of fast food eaters through online banner advertisements. 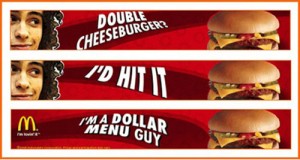 Result: Slight slang misunderstanding. I'm lovin' it McDonalds! Then again...what exactly is it that I'm lovin'? Love's a pretty strong word and I'm cautious to just start throwing it around. I want to take things a bit slower, which is why I'm not sure if I'm ready for your new ad campaign. 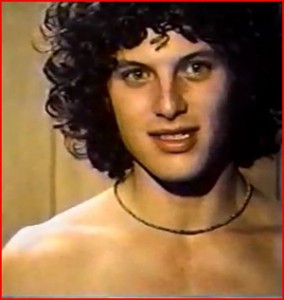 **Result: **The actors and actresses don’t look old enough to hold a driver’s license. Although many viewed these advertisement as strange and creepy, underwear sales among registered sex offenders spiked 15% after the launch of this campaign. Despite that last statistic being made up, the advertisements were pulled.

Goal: Without having anything to do with the company, one maniac’s goal was to poison people by replacing Tylenol with Cyanide tablets on store shelves. 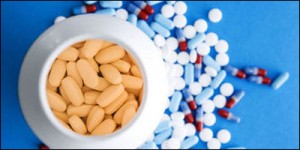 **Result: **As one can imagine, the Tylenol brand was scathed. After Tylenol public relations and corporate execs were finished pinching themselves to make sure it wasn't a horrible nightmare, the company bounced back putting on a clinic of how to react to worst case scenarios in business.

Goal: Making the home computer seem awesome and entertaining to a younger demographic by choosing a cool spokesperson. 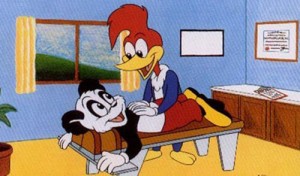 Goal: How do you make the word Wang not sound like a joke?

Goal: Decrease drug use among children and teens with a campaign budget of over 1 billion dollars. 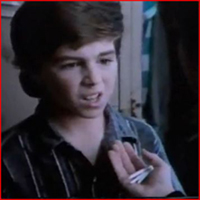 **Result: **Emerging studies show children were more likely to try illicit drugs after seeing anti-drug ads than if they had never seen an ad at all. 'Don't give up, don't ever give up.' -Coach Jim Valvano.  The War on Drugs campaign certainly listened to those all inspiring words.

-This is your brain on drugs, any questions?

-Yes, where do I get those drugs? 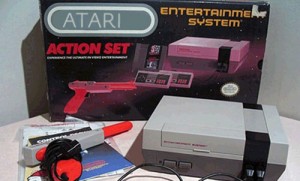 **Result: **After accusing Nintendo of dealing and selling Donkey Kong rights to Coleco, Nintendo was forever turned off by Atari. Nintendo launched themselves through the stratosphere of gaming on without the help of Atari. It was reported Atari executives were seen smashing and rolling giant barrels of bananas down corporate headquarter steps. 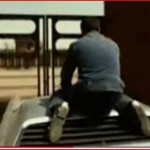 **Result: **Certainly making the list for annoying songs in a commercial, on top of that, clever in this case turns out to be just plain confusing that includes a person riding on top of a moving vehicle.

-Well my dome light flashes, the passenger side front wheel makes a funny sound when I turn left, and...oh, every now and then my car drives away on its own leading me, and my Type 1 Jeans, on a high speed chase through exotic cities. 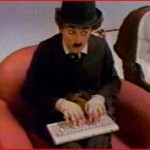 Goal: During New York’s Fashion Week, create buzz by unveiling the new diet Pepsi skinny can.  “Our slim, attractive new can is the perfect complement to today’s most stylish looks.”  -Jill Geraud, CMO for PepsiCo. 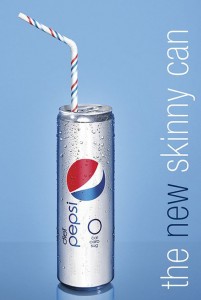 **Result: **Swift backlash from the National Eating Disorders Association.  Changing something to skinny doesn't always work out as well as it did for jeans. Case in point: the Diet Pepsi can. While it's still the exact same product, it was a change in packaging along with an unpopular coming out party combined for the ol' one step forward, two steps back result.

Goal: Create a large stealth marketing campaign in which the company hired attractive actors and actresses to ride around on Vespa Scooters and hand out their business phone numbers at bars and restaurants. Once dialed, the numbers lead to Vespa dealerships and customer service representatives happy to take your call! 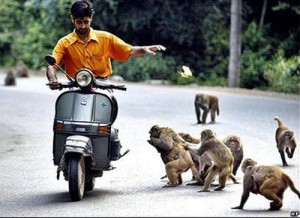 **Result: **Chalk it up to another failed marketing attempt. People were upset and rightfully so. Although come on. It's happened to the best of us. You're out, you get a number, you wait the appropriate amount of time to call and...'Hello Vespa dealership, how can we serve your transportation needs today?'

Goal: Use elite runner Suzie Favor-Hamilton to show that running will make you live longer. 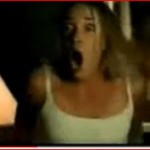 **Result: **The idea turned into Ms. Favor-Hamilton being chased in the woods by a chainsaw wielding psycho trying to kill her. “Why Sport?  You’ll live longer.” When it came time to decide whether or not to air this frightening maniacal commercial, Nike took their own advice and just did it.  Soon after, they had to just undo it.

18. Jones Brings The Farm To Your Fluid 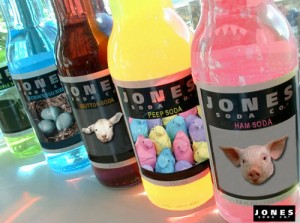 **Result: **With new flavors such as ham, green bean casserole, and dirt, the soft drink consumers didn't exactly drink this idea up. Rather than deciding on what their customers were thirsting for through expensive market research surveys, Jones Soda decided to find drink flavors at an unconventional location: farms.

Goal: Fight back against negative advertising directed their way by Miller Brewing Company claiming Budweiser had no taste. 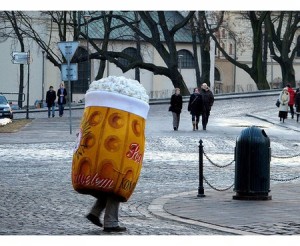 **Result: **Through advertisements with Budweiser referees stealing back the stolen beer Miller Light referees had taken in their own commercials, Budweiser was playing right into the hands of Miller. The ads were a failure, and for some, proved that cheap beer really must have no flavor if Budweiser was willing to spend all of this money protecting their image. Bob Uecker in the movie Major League famously pipes through the radio microphone 'Juuust a bit outside' on a fastball that flies 20 feet above the catchers head. Budweiser's idea to fire back at Miller was juuuuust a bit outside of their ultimate goal.

Goal: Create a small family car and marketing it as being the shape of a fruit, specifically a pear!

**Result: **The Renault 14 was soon being called a rotten pair. The idea failed for more reasons than one, and it didn’t help that in France, “La Poire” is slang for “gullible.”

Three things I look for in a car.

1. It should have a 5 star safety ratings.

2.  I'd like it to have Consumer Report credibility, and

3.  It must be shaped like a fruit...preferably from the melon family, but if not I'll take any fruit shape. It must also be difficult to start and easily corroded.

Goal: Get students on campuses around the world to send in their pictures of them partying to see which school is #1 in fun.   This would provide easy publicity through social media platforms while extending the brand into new target markets. 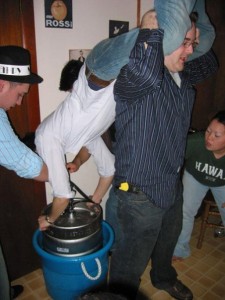 **Result: **Getting your consumers to engage in social media with your company is a valuable experience for both parties, that is unless you’re a beer company and your consumer is 17. It isn't good for either party when you're promoting, well, underage partying.

Moral of the story is to double and triple check as even the best intentioned marketing message can go horrible off the track if not executed properly.

This article was written by Allison Canty.