by Grasshopper Team — Published in Off the Ground on February 05, 2014

Your small business does Twitter by the book. You don’t spam your followers, you try to create interesting updates, and every once in a while, you’ll throw in a free download or an online contest to stir up some buzz.

What happens when you do everything by the book only to find that your Twitter following is underwhelmed? If you ask us, the answer is simple_: throw the book out._ Say goodbye to conventions, get a little weird, and start getting serious about attracting attention on Twitter.

Here are some companies (large and small) garnering attention on Twitter with unusual tactics:

A #PickleHunt on National Pickle Day

Pickles aren't the most glamorous product, but Lynnae's Gourmet Pickles upped their game with a city-wide pickle hunt on National Pickle Day (bet you didn't know that was a real thing!)

Led by owner Lynnae Schneller, the team hid jars of pickles in local businesses and released clues via Twitter every hour.The first person to get to the location and find the jar won a prize pack comprised of goodies from local businesses worth $300-500.

It was so successful that the company received national and local media coverage. There were people running through the streets searching for pickles.

'The big hunt,' as it came to be known in Tacoma, turned out to be great marketing for Lynnae, but also for supporting local businesses. It became an annual event. 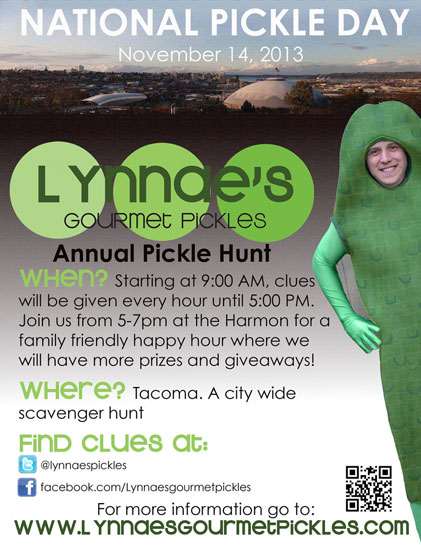 Ever think posting some lyrics about pizza could get 2,403 retweets (and counting)? Us either, but DiGiorno has seriously taken it to the next level with their ridiculous, kooky, and hilarious #PizzaSongLyrics campaign.

It's hard to imagine crazier tweets, especially those that are G-rated. None of the Tweets are inappropriate, offensive, or controversial. Some are pretty cheesy, though (har har). 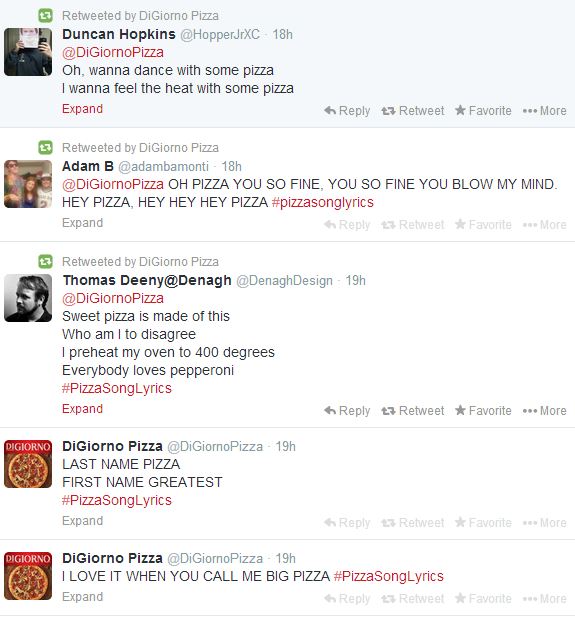 DiGiorno not only got a bit outta control, but promoted these crazy tweets, causing people like us (who didn't even follow DiGiorno until this campaign) to get a good laugh.

Charmin Encourages You to #TweetFromTheSeat

Twitter options are somewhat limited when you’re a toilet paper brand, but Charmin makes the most of it with its “Tweet from the Seat” campaign.

With tweets like “Here’s to number two…” attached to a picture of a coffee cup, Charmin takes a tongue-in-cheek approach to the usual big-brand social chatter.

Sometimes, unusual Twitter strategies that differentiate your brand aren’t your number one option. In Charmin’s case, they were number two (harhar).

Let's be real-- who doesn't love a good bathroom joke!?

The CDC Tweets About Zombies

The Center for Disease Control maintains a professional and helpful Twitter account. But one day, they sent out a tweet asking their followers if they were ready for the Zombie Apocalypse. What’s more: the tweet included a link to a full blog guide to Zombie Apocalypse preparedness.

'People are really dialed in on zombies,' said Dave Daigle, spokesperson for the CDC. 'The idea is we're reaching an audience or a segment we'd never reach with typical messages.'

The result? The CDC website was inundated with traffic, even slowing down loading times. The site actually crashed! The organization generated discussion on Twitter and in its blog comments section, raising awareness of the CDC and its other, more realistic, resources.

Learn from the CDC:

When Weird Doesn't Work: The Story of JCPenney

Kudos to JCPenney for trying something new, but their recent mitten-wearing Superbowl tactic didn't impress anyone. 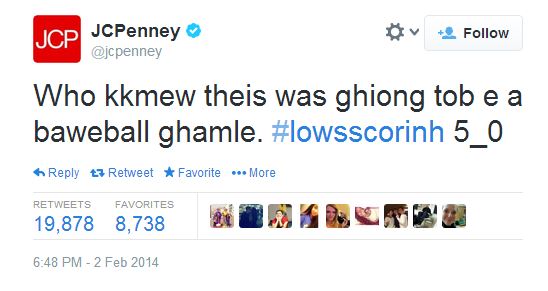 It wasn't long before the Twittersphere expressed their concern about the brand:

It turned out that JCPenney was trying to promote their Team America mittens with a #TweetingWithMittens campaign. Unfortunately, it fell completely flat. No one was able to connect the mittens with the Tweets, making JCPenney look amateur.

Making Weird Work For You

What do Lynnae's Gourmet Pickles, DiGiorno, Charmin, and the Center for Disease Control strategies have in common?

Sure, they’re unusual, but there’s more than that. In each case, these organizations defied expectations, abandoned some of the pretense of “professionalism” and had a little fun with their images.

If you want to duplicate their success, you’ll have to think like they did:

You should consider using weird and whacky tactics because they can put your small business on the map. They are awesome for garnering attention, but you must proceed with caution.

Use your good judgement, think through all possibilities carefully, and recognize that your crazy campaign might not be as well-accepted as you'd hoped. Always keep your customers in mind. Default to kindness, not controversy. You'll be fine.

Your Turn: What can you do to break out of the normal flow of Twitter chatter and catch people off-guard in a way that surprises and delights them? Tell us!

this story is in Off the Ground with info about Social Media, Word of Mouth