How to Figure Out if Your Business Idea Will Make Money

by Dan Kenitz — Published in Entrepreneurship, Getting Started, Tips & Tricks on September 29, 2016

You’ve had brilliant, insightful, inspired business idea — one that’s sure to turn you into an overnight celebrity and earn you millions.

If all it took to create a business were a single idea, we’d all be successful entrepreneurs. But the simple truth is you don’t know if an idea really has the makings of a genuine business until you take some steps to test this new inspiration of yours.

But there’s good news. There are ways of figuring out whether or not your business idea might actually make it before you take out a second mortgage and dive head-first into your new company. Let’s get started.

Idea #1: Run an AdWords Campaign to Test the Waters

Before Tim Ferriss was a bestselling author, he had an idea that would cost him $200. Tim’s first book, The 4-Hour Workweek, contained all sorts of neat tidbits and advice on productivity, business, and lifestyle design. But he (correctly) realized that without an effective title, his message would get lost in the weeds.

So Tim turned to one reliable method of A/B testing: he turned to Google’s AdWords.

Creating “advertisements” for a book that didn’t yet have a title, Ferriss was able to see real-world data about which book title yielded the greatest response from potential readers. 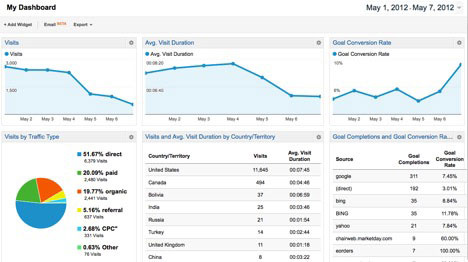 According to Intention.al, the ultimate title beat out “Broadband and White Sand” and “Millionaire Chameleon.”

Those other titles might sound ridiculous in hindsight, but before dipping his toes in the water, the choice wasn’t so obvious. Tim’s book went on to strike a nerve with the populace and land him on the bestseller’s list.

Maybe you don’t have a book to sell, but how can you follow in Tim’s footsteps when it comes to your own business idea?

Many entrepreneurs will go through the trouble of creating sales pages, landing pages, and full websites while monitoring traffic to see if they make “sales.” While you don’t have to go through all of this trouble to know if an idea has legs, the experience and knowledge you’ll gain by trying this first might save you thousands of dollars and countless hours down the line.

Whether you have a physical product or a service to sell, you should make at least one sale before you decide whether or not your business is ready for launch.

For many entrepreneurs, their business was a side hustle while they continued to work their day job. Many entrepreneurs who eventually started a business were able to find lucrative part-time work before quitting the nine-to-five.

According to Shopify.com, entrepreneur Ross Simmons (author of The Hustle Manifesto) made plenty of sales selling du rags out of his locker while still in high school. He ran fantasy football leagues while attending college, and never settled on just one business.

If entrepreneurs like Ross continue their career path even while their side hustle makes sales, that should at least be your own personal baseline.

The problem: it can be difficult to find a place to start. Let’s fix that:

Idea #3: Give Away Your Idea for Free

Let’s say your business idea isn’t particularly commercial. There may still be a way for you to generate a following that could one day turn into a business: social media.

For example, if you have a particular skill and you want to sell your time for tutoring students, you could create some “How-to” videos on YouTube. If you’re an aspiring piano teacher, create a piano tutorial and give away some of your best tips for free. Those who are truly interested in your services will begin to seek you out.

In today’s digital market, information is king. Not only should you have information on the viability of your own business idea before you start your new entrepreneurial career, but you should use the valuable information you have to attract potential customers. This is a powerful persuasion tactic, explained in Robert Cialdini’s seminal book Persuasion, known as reciprocation. Sometimes in business, the more you give, the more you get.

How can you test your business idea?

Do you have a business idea that’s been on the backburner too long? Have a product in mind but aren’t sure whether or not it’s worth your time and investment? Tested out a business idea before turning it into a full-fledged way of life?

Share your experiences with us in the comments below!

this story is in Entrepreneurship, Getting Started, Tips & Tricks with info about A/B Testing